Whether you're looking for a career in Forensic Science, Undercover Narcotics, or Community Policing, we offer a diverse choice of specialized professions designed to provide our citizens with the finest service and protection available.

The Richland County Sheriff's Department currently employs over 550 uniformed officers, making it one of the largest departments in the state. We offer deputies a wide choice of career opportunities, the finest training, and tremendous potential for advancement.

If there are any questions concerning the hiring process, please contact Sgt. Brittany Hart by email or phone: 803-576-3026. 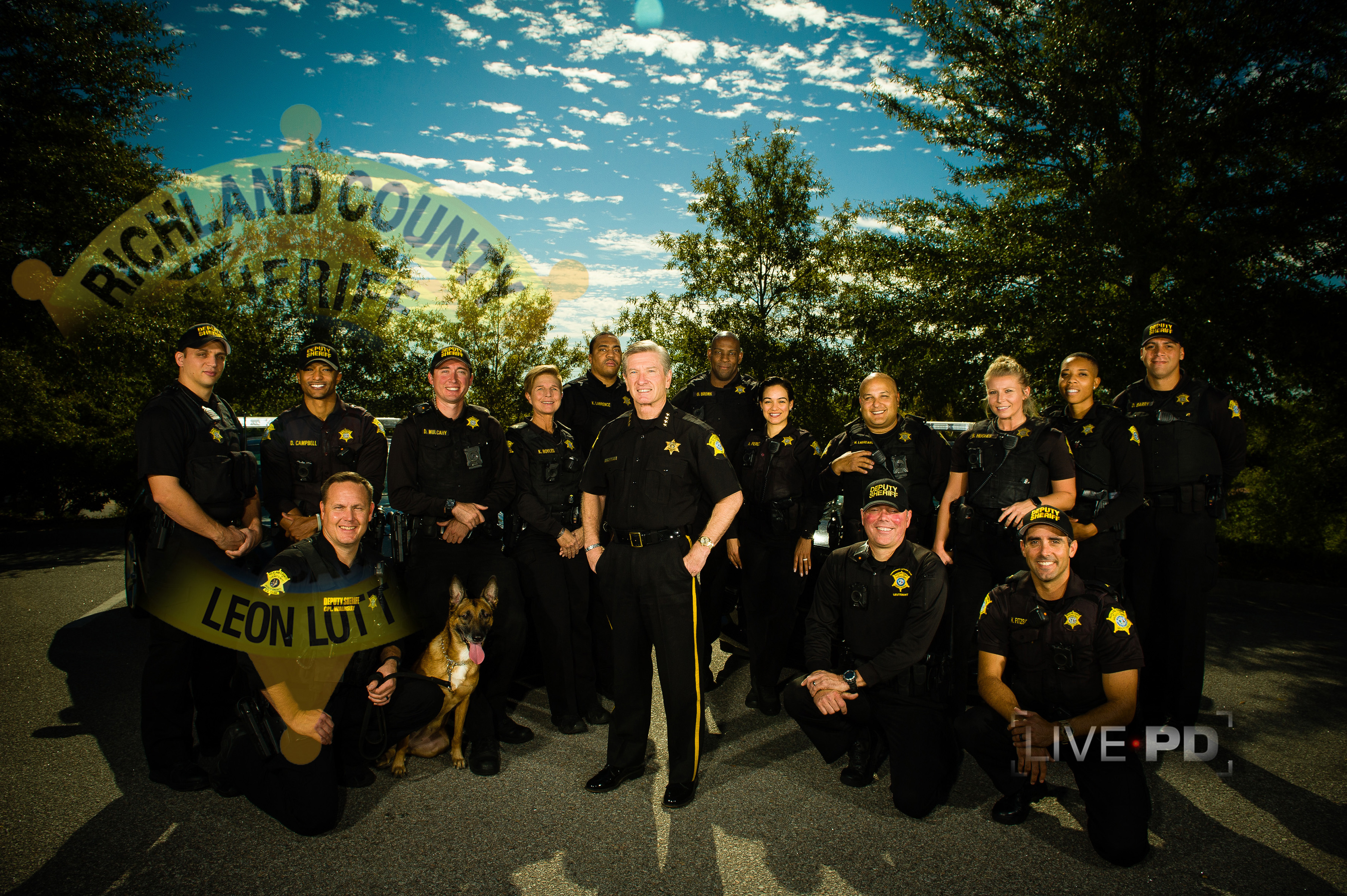 We are currently accepting applications!

To become a Deputy Sheriff or Judicial Services Officer with Richland County, you must meet the following qualifications:

• An application under oath on a format prescribed by the Director of the South Carolina Criminal Justice Academy.

• Evidence that the candidate has completed high school and received a high school diploma; equivalency (military or other) recognized and accepted by the South Carolina Department of Education or South Carolina.

• Candidate must be a person of good character as established by an in-depth background investigation. In determining good character, consideration must be given to all law violations, including traffic and conservation law convictions, prior history of alcohol and drug abuse, etc.

• Candidate must have a valid and current state driver's license with no record during the previous five years for suspension of the driver's license as a result of driving under the influence, reckless homicide, involuntary manslaughter, or leaving the scene of an accident.

• A credit check with favorable results

• Fingerprints and a check by the Federal Bureau of Investigation and the South Carolina Law Enforcement Division the candidate has no felony convictions.

• The candidate must be photographed.

• Evidence that the candidate's present age is not less than twenty-one years. This evidence must include a birth certificate or another acceptable document

• No convictions for criminal domestic violence.

What hours do deputies work?

What kind of calls do deputies respond to?

Most deputies respond to a variety of calls ranging from civil disturbances, assaults, thefts, serving mental papers, follow ups on reports, etc. Officers are often requested to speak to neighborhood groups at community meetings as well.

What does the pre-employment PT Test consist of?

What type of equipment is issued to deputies?

Each Deputy is issued approximately $5,700 worth of equipment, to include uniforms, boots, departmental firearms and ammunition, a Taser, pepper spray, handcuffs, a hand held radio, rain gear, flashlight, ballistic vest, etc. The deputy will normally receive a vehicle they can drive home after 4 to 6 months of service.

What is the starting salary for a Deputy and a Judicial Services Officer?

While on duty or otherwise representing the Richland County Sheriff’s Department, personnel personnel are permitted to display tattoos or other forms of body art, which may be seen by the public within the following guidelines:

Personnel who may have a tattoo or body art as referenced shall completely cover the tattoo or body art with a long sleeved shirt or blouse, a skin toned patch, or other material, which is approved by the Sheriff or his designee.

The Sheriff may grant exceptions to this rule, if necessary, to further a legitimate law enforcement interest when presented and responded to in writing.

Hair Regulations: All employees shall maintain their hair in a professional manner. All haircuts and facial hair must meet the approval of the Sheriff. Sworn personnel may have neatly groomed facial hair.

To ensure a professional appearance and the safety of female deputies, hair must not exceed pass the first seam on the back of the uniform shirt. Non-uniform deputies must conform to the same equal length in the back as the uniform shirt requirement. It is recommended that hair be in a bun, rolled up, or a pony tail. Bangs cannot extend below the eyebrows. Hair cannot be worn loosely around the face. It must be behind the ears. Hair color must not be an unnatural color (i.e. blue, purple, etc.). Hair accessories should be black or match the color of the hair. Employees must be groomed in a manner befitting their work assignments.

Only female officers may wear one (1) earring in each ear on the lower ear lobe or by male officers upon approval of the Sheriff. Any earrings worn must be “stud earrings” and of such a size and character as not to be easily grasped by an assailant. No other body piercing is approved that is visible while in uniform or plainclothes.

Fingernails – All personnel will keep fingernails clean and neatly trimmed. Males will keep nails trimmed so as not to extend beyond the fingertip. Females will not exceed a nail length of inch, as measured from the tip of the finger.

Females will not wear shades of lipstick and nail polish that distinctly contrast with their complexion, that detract from the uniform, or that are extreme. Some examples of extreme colors include, but are not limited to, purple, gold, blue, black, white, bright (fire-engine) red, khaki, camouflage colors, and fluorescent colors.

What if I have further questions?

Candidates interested in obtaining information on job vacancies and receiving an application can attend an employment orientation every Tuesday (except County Holidays) at 10:00 a.m. at our headquarters at 5623 Two Notch Road or you can contact Sgt. Brittany Hart by email or phone: 803-576-3026